'Rev. Shri Paramhansji Maharaj' was also an enlightened teacher of such a level and the compilation of his words & blessings to grasp the inner feelings of the Geeta itself is the ˜Yatharth Geeta'. - SWAMI ADGADANAND

Swami Shri Adgadanand Ji Maharaj came to the recluse of the worldly saint Paramanand Ji at the age of 23 years in November 1955 searching for the truth. The hermitage of Parmanand Ji was at Chitrakoot Anusuiya, Satna, Madhya Pradesh (India) amidst the dense forests infested with wild animals. Living in such inhabitable forest in the absence of any facility, this rightly reflects that he was a great sage.

He had declared to his disciples, A young man who is ardently seeking to go beyond the periodicity of life must be coming at any moment now. Moment he cast his eye upon him, Paramahans Ji declared, Here he is!

Whenever a pupil comes in contact with a great sage, immediately it is beyond his senses to fathom the greatness of the sage. He was also intimated by the divine soul and chaste Brahmin, The sages who have been incarnated in this world, your Guru has all those qualities and he is such sage. With the strengthening of his faith in the Guru his spiritual pursuit also speeded up.

Guided under the angelic guidance of the Guru he set out on the path of spiritual freedom. The aim was established.

Maharaj Ji, although was not interested in writing, following the godly directions he has contributed invaluable treatises through speech and in text for the social good. The first such publication is Jeevanadarsh and Atmaanubhooti is an account of the ideal life and the spiritual pursuit of his Guru Paramhans Paramanand Ji. It is a collection of his life sketch and many astonishing incidents. Many of the people are even alive today, who have seen such unique personality and for that matter they consider themselves very lucky. Secrets of the techniques of spiritual pursuits, which have been revealed to him by the Guru, have also been included in this book. It is one of the most appraised and invaluable books in todays world, on the subject of spiritualism, which could only be perceived by the student on the path of attainment of spiritualism.

The divine direction has become instrumental in the creation of this book. Since the thought, promulgated by the Yogeshwar Lord Krishna have been expressed in their simple rudimentary form, it is called Yatharth Geeta.

Only a contemporary saint can find true solution for the social good, answers to their questions and solve their problems. The dead do not rule from the graves. To have reverence for the departed and take guidance from them to certain extent may be alright, however, for the contemporary problems, we need to take guidance from some great living saint only.

Swami Ji has never advanced claim that he has attained divinity. He merely presents to the society, what he has been able to receive in his quest of Truth.

Swami Ji has spent fifteen years of his life in deep meditation in proximity of his Guru. There are many present who have seen him forgoing food, water, sleep, etc. for months together.

Since the Nirvana of Gurudev in 1969, for the last thirty years, wherever Swami Ji stayed, several cloistered holy people, thousands of devotees from the regions and plenty of grief-stricken people had a unique opportunity to regularly interact with him and seek his blessings. Making necessary uninterrupted, arrangements for the people travelling from very long distance of free service of snacks, food and rest without even seeking help from others is certainly a miraculous feat. 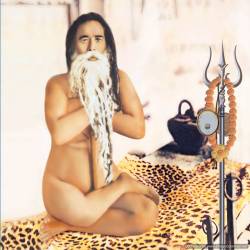 Shri Paramahans Maharaj Ji was born in Ramkola village of Deoria District of Uttar Pradesh in an ordinary family. His mothers name was Fulmani Devi and fathers name was Shri Jagrup Sharma Ji. When an eminent astrologer saw him as a child he asked, How did you beget such remarkable child? He would either grow up as a king or an accomplished guru ! The mother was stunned. She moved chilly and salt over the head of the child as a talismanic ritual to protect the child from an effect of an evil eye.

At the age of five he was admitted in the school, but on the third day his teacher punished him mildly. The child cried out in anguish. His mother said, Hell with the school! My son wouldn't study henceforth. This brought an abrupt end to his education.

All around the locality, wrestling was a mania. There were many a wrestling places (Akhada) in the village. Gradually he was recognized as an accomplished wrestler. He never was defeated in wrestling until the age of twenty-eight years. He had a great desire to wrestle with the famous wrestler of his time, Gamma.

Suddenly he received three divine directions, as if from the skies. The first one was to provide food for a sage. The second was received when he was invited to head towards an ulterior companionship; he received divine direction, You are heading towards committing sin. You would fall in the hell. He was stopped midway in his strides and returned. The third time he heard a divine voice from skies Your Guru is in this temple. He entered a dilapidated temple but finding nobody in the darkness, he was terribly upset and returned. He was perplexed with the thought as to who was talking in his head. Who was after him? At that time he heard someone coughing inside the temple. In fact, he was his Guru. For three days he dedicated himself to his service and tending. He learnt the process of meditation in such a short time. He learnt that, whatever he had been considering as worship was not worship in true sense. As soon as realization dawned on him about the true nature of spirituality, he dedicated himself to meditation with peace and solitude. After four months, spirituality was kindled. Having learn everything, hearing everything and understanding everything a man remains where he had began; because, spiritual process is the path of attainment. After four months of efforts, spiritual meditation was awakened, the soul was placed in the drivers position, the Supreme Divinity started guiding, meditation was strengthened and rumination was stimulated.

I asked the Guru, lordship, why were you guided by the divine voice? He replied, Even I had the similar doubts. The God clarified, I have been a saint for the last seven ages. However, in the initial four lives, I have been wandering aimlessly pretending to be a saint. Nevertheless, I had restrain over me even in those days. I have been a good saint for the last three lives, the way a saint should be. Although, I have been in spiritual realm, the soul was driven by the Supreme Divinity, and I have been usually worshipping, I had two unfulfilled desires. I was intrigued to learn what joy a married life had and what kind of pleasure was derived by smoking marijuana, like other saints. Besides, I was egoistic about my physical prowess. Because of that, I had to take rebirth. Otherwise, I would have been freed from the cycle of birth and death. The God arranged for him to get married for a short while and brought me out of reverie indicating at the Guru and the true path of spirituality. The God made me a hermit; I have not become one on my own accord. I had never imagined of becoming a hermit. I never used to visit a temple, never listened to any religious discourse; but the God compelled me to follow this path through the Divine voice. 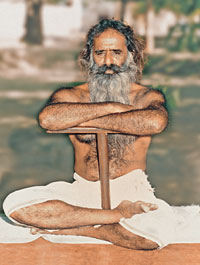 Whenever virtuous tendencies have been eliminated in the world, and nefarious tendencies have augmented within the minds of humanity, great divine prophets have been incarnated in the world. Such great sages have alleviated human beings from satanic tendencies and brought them on the path to the attainment of salvation. These great sages are incarnated as Ram, Krishn, Buddha, Mahavir, Eknath, Kabir etc. They commended the path of attainment of freedom for all human beings. In the present times, reverend Swami Shri Paramhans Adgadanand Ji is one of such enlightened saints of this calibre.

Shri Paramhans Adgadanand Ji is the pupil of Yogiraj Yug Pitamah Reverend Swami Shri Paramanand Paramhans Ji. Swami Shri Adgadanand Ji is above all the bindings of caste or faith, space and time; and has conquered over worldly desires, anger, greed and illusion. Free from social or traditional pretence, he is an enlightened sage who is enlightened enough to perceive beyond the boundaries of time-scale and is a divinity personified.

The spiritual life of the Swamiji began at Anusuiya ashram under the guidance of Swami Shri Paramhans Paramanand Ji. Having attained divine knowledge, in accordance with the Divine dictates he began explaining the process of attainment of salvation to the people. In order to free society from the clutches of misleading religion rituals, Swamiji compiled a book - ‘Shanka Samadhan’ (Doubts and clarifications). In this book, Swamiji has resolved the prevailing pretentious rituals by giving references of the discourses of the great saints and sages as well as citing the dictates of the Geeta, the Ramayan and the Puran.

In his book ‘Jivanadarsh Evam Atmanubhooti’ (Ideals Life and Self-Realisation) Swami Ji has compiled the biographical account and spiritual experiences as well as discourses by his revered Guru Swami Shri Pramanand Ji.

The book –‘Ang Kyon Phadakte Hai Kya Kahte Hai’ (Why do Body Parts Vibrate And What do they Say?) - spiritually analyses why do various parts of our body vibrate and what do such vibrations indicate.

‘Anchhuye Prashna’ or ‘Unexplained Questions’ – In this book, Swami Ji has taken up such questions, which have not come to the notice of the society. Besides, clarification has been provided on the subjects related with Dhyan (meditation), Hath Yoga, Chakra Bhedan and Yoga etc. and guidance has been provided to the disillusioned masses.

‘Eklavya Ka Angutha’ (Eklavya’s Thumb) : The difference within learning, Guru and a virtuous Guru has been explained in this book. A teacher teaches the art of living in a society, whereas, a virtuous Guru enables enlightenment of the supreme essence with spiritual prosperity and attainment of the highest state of spiritual realm.

‘Shodashopchar Poojan Paddhati’ : This book explains that establishing one’s devotion in one God, and teaching to meditate upon one God is a religious ritual.

The book - ‘Pranayam’ - explains the actual nature of Pranayam.

According to 'Yogshastriya Pranayam' When the inhalation, exhalation becomes requlated with the practice of Yam, Niyam and Asan. It becomes tranquil, then it becomes Pranayam. There is nothing like Pranayam separate from it. It is a state of yogic contemplation. This book contains the elaboration of this point.

According to 'Yogshastriya Pranayam' of Maharshi Patanjali, yog is direct perception. It cannot be expressed through words or in black and white. The devotee can understand it only by following the practical path and can know the real intent of the Maharshi.

In the booklet 'Yatharth Geeta Ke Akarshan' all the religious and spiritual questions have been resolved in the light of Geeta.

Shri Paramhans Ashram, has organized the publication of the books of Swami Ji, in Indian as well as certain foreign languages. Audio cassettes have also been prepared based on the ‘Yatharth Geeta’ and distributed in many languages. Audio cassette of the discourses in the divine speech of Swami Ji has also been produced. The Ashram has undertaken all this work with the intention of spreading the words of Swami Ji in every home, so that the salvation of all the living beings of this universe can be attained. 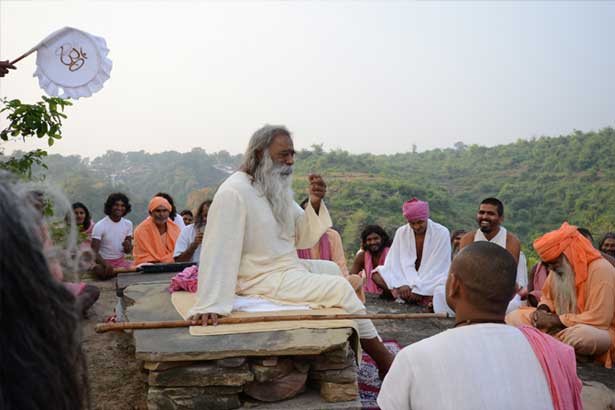 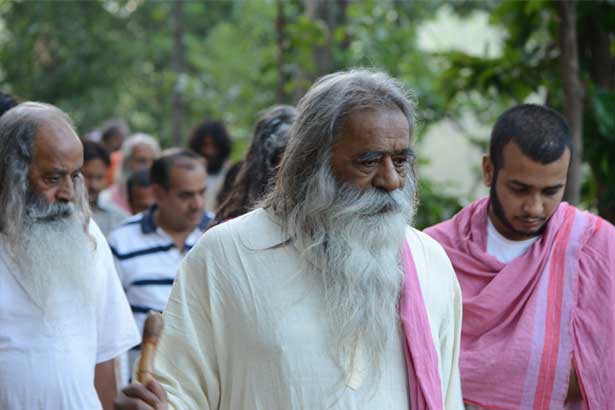 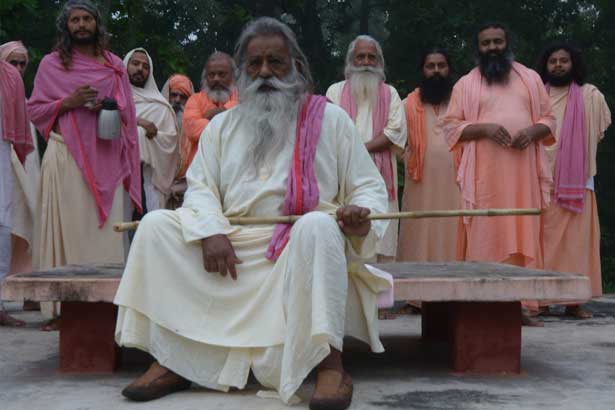 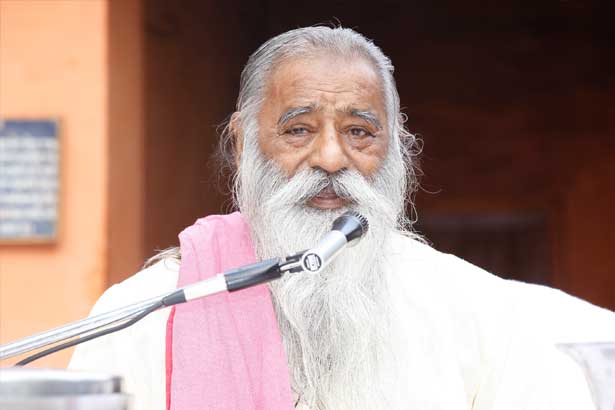 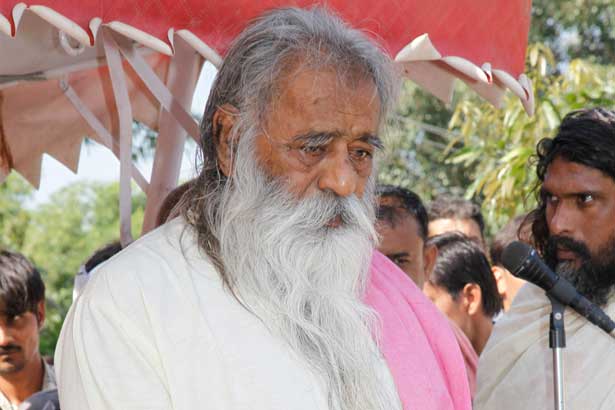 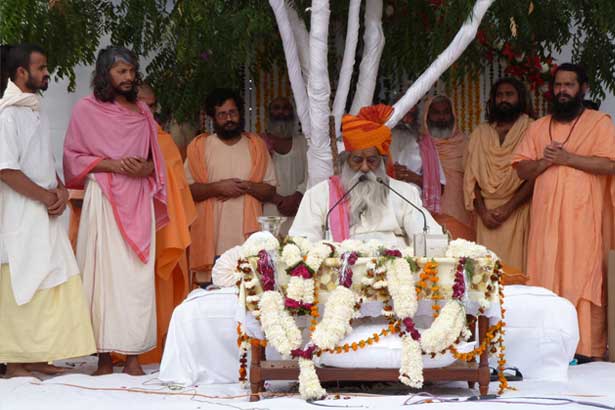 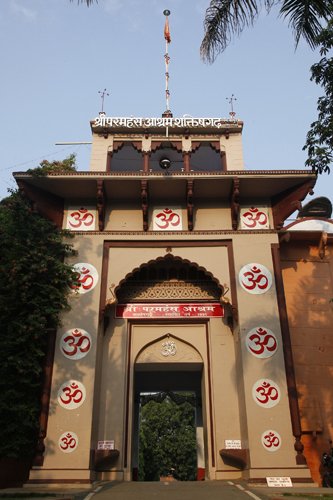 We are here to answer any questions you may have about Yatharth Geeta. Reach out to us and we will respond as soon as we can. 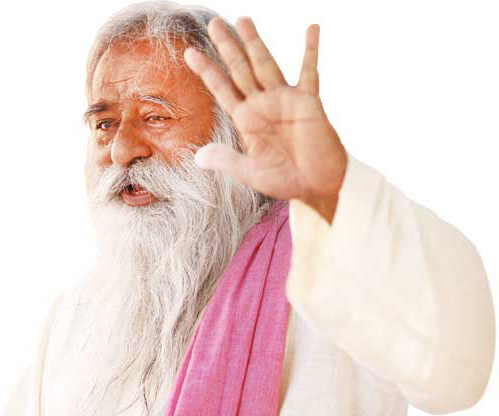